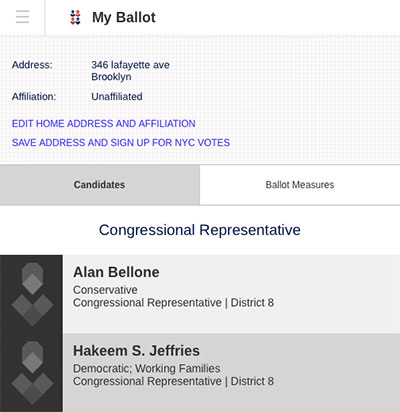 The Mechanism was engaged to extend this existing tool built for the NYC Campaign Finance Board (CFB) with three goals:

This project has entailed extensive brainstorming with the CFB to identify solutions to the existing app. In addition to overseeing the development department during strategy and scheduling.

We have continued development of the open source OpenVotes application, with the intention that this will be made available to other cities.

The project is ongoing